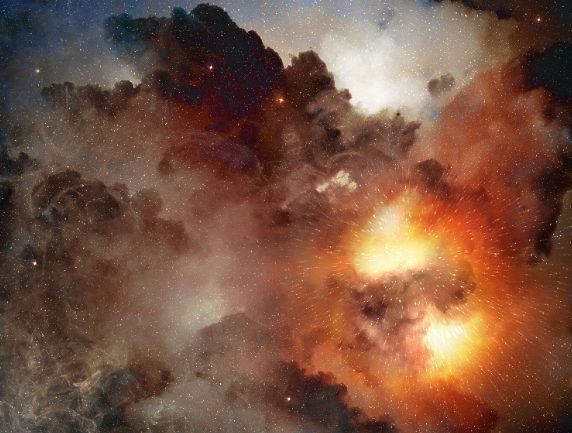 COVID-19 remains a global crisis and we realize that many people need to keep up with COVID-19 developments, particularly since we are moving into the more critical stage ("restart economy"), so feel free to share our commentary to anyone who has interest.

It has been a rough start with the S&P 500 down 5% in the first two trading days.  Given the 28% rise in stocks in the past 3 weeks, a pullback is hardly surprising.  The collapse in oil, along with weak earnings, is also raising the possibility that "the bear market rally" is done and now stocks will fall as the "real bad news hits."

Our Head of Technical Strategy, Rob Sluymer, believes a "correction" is underway as equities simply need to "work off" this significantly overbought condition resulting from this vertical rally.  A typical correction would take us towards 2,600 (~200-week DMA) or 100 points down from here.

We realize that many "uncertain" investors (uncertain is the same as bearish from a positioning perspective) will become negative.  But we believe the S&P 500 will likely have a shallow pullback and not make a new low.  One of the things we highlight at the end of this note is the impressive rebound in high-yield (recovery vs highs, and inflows and even issuance).  And if high-yield remains relatively resilient, even in the face of a meltdown in crude, this is supportive of a shallower pullback in stocks.

The focus of policymakers is now increasingly on the conditions, sequence, speed of restarting the economy.  Overseas, the Netherlands, Italy and even France, are now talking about a re-start of their economies in May (see below).  Recall, many view Italy as being "two weeks" ahead of the US (during the case surge) and thus, much of Europe has moved its focus to a re-opening of their economies.

This afternoon (Tuesday), Congress agreed to Phase 4 legislation with new money for PPP and SBA, another example of the extreme speed with which Congress and the White House have moved in this crisis.  Per Tom Block, Fundstrat's Policy Strategist (and former head of JPMorgan Govt relations for 25 years):

"The bill has $310 billion of new money for the Payroll Protection Plan, and $60 billion for SBA disaster loans that don’t have some of the restrictions that the PPP program has created in order to turn the loan into a grant. Agriculture will be defined as a small business, and some of the money will be earmarked for banks with less than $50 billion in assets. $75 billion is added to the $100 billion in the original CARES Act for hospitals and $25 billion is included for testing ranging from grants to states and CDC and NIH for research and development.  Congress is likely to come back on May 5 and at that time they will consider additional coronavirus related legislation including aid to state and local governments.  At some point as businesses open and people start to go back to work Congress is likely to move from crisis relief to economic stimulus.  I would expect a significant stimulus bill as early as June."


POINT #1: NY state cases trend lower, and US cases down, but CA sees surge (could be methodology)
Governor Cuomo, in his live press briefing today, spoke about the fact the restart for the state would likely be regional because as he pointed out, outside of NYC metro area, the rest of the state has fared pretty well.  NYC metro is ~50% of the state's population.  But NY state continues to see steady progress and daily new cases reported is 4,178, the 7th consecutive decline in daily new cases.  And now cases are 61% below the peak of 10,841 from 4/4/2020 or 17 days since the peak.

Cuomo spoke about the target of doubling testing to 40,000 per day from 20,000 and in a last-minute evening press briefing, noted that the White House and state governors have worked out a framework for the US to steeply ramp up testing capabilities. Testing looks like it will be a key precursor for NY state to move forward, and he cautioned it took 5 weeks to go from 10,000 tests to 20,000.  So NY state could be one of the last to re-open

You are trying to access FSI member-only content.
You need to have an active FSI Macro, or FSI Pro subcription in order to read this article.
If you are already a member at FSInsight, please If you don’t have a subscription to FSInsight yet, you can sign up below.

*free trial available only on a monthly plan

We accept crypto via BitPay for yearly subscriptions.

Choose one of our yearly plans to save nearly 15%