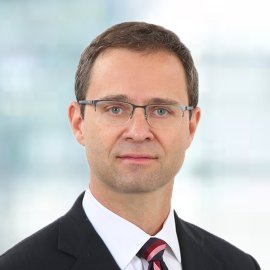 You always mention breadth in your research. What is it, and what other significant indicators do you look for for the market's overall health?

Technical Analysis has been present for hundreds of years when Japanese rice traders used Candlestick patterns to trade rice futures in Osaka prior to the 19th century.. Munehisa Homma, a speculator and effectively an early behavioral economist, produced some of the earliest descriptions of technical patterns in writings such as The Fountain of Gold—The Three Monkey Record of Money. He attributed trends and reversals to the human emotions exhibited in market behavior.

Across the East China Sea, Confucian manuals published rules of thumb to help forecast price movements in the bustling markets of Imperial China. Essential Business, one such manual, explained how “no item will remain expensive for over one hundred days and no item will remain cheap for one hundred days”. The same guides purported to show merchants how to identify market manipulation, understand relationships between price and volume, and handily how to develop a honed Confucian disposition.

These are just two of the many precursors of modern technical analysis that academics and practitioners have traced; other examples date back to ancient Babylon.

From Edo-period Japan fast forward to the late 19th century, when inventions such as the ticker tape prompted information about US financial and commodity markets to proliferate. Chicago’s commodity traders closely tracked changes in prices, hoping to anticipate the actions of the trusts, pools and rings – the big market players of the day. In New York, meanwhile, financial journalist Charles Dow developed stock price averages to study market movements as interest in Wall Street grew.

Using his railroad and industrial equity indices, Dow sketched out what would become known as “Dow Theory” in his brainchild publication, The Wall Street Journal. Dow observed that markets trend in three ways:

Following Dow’s death in 1902, acolytes expanded on his ideas and sought to profit from markets by riding out trends, before jumping ship when they detected a reversal. Dow’s followers used charts to identify these opportunities. In doing so, they were often put into the same camp as charlatans and snake oil salesmen.

“We see many lamentable characters trudging from one broker’s office to the next,” Dow theorist H.M. Gartley wrote in 1938, “with a few besmudged charts under their arms, suggesting…just exactly what the market is about to do. When questioned, they have many explanations as to why their previous judgments were in error.”

The risk of being associated with the rogues they dubbed “chartists” failed to discourage most Dow theorists. Classic chart patterns such as the head and shoulders, flags and pennants and the golden and death crosses will likely be familiar to today’s technical analysts. In the second half of the 20th century, systematic strategies with faint echoes of technical analysis were widely adopted by commodity traders and hedge funds ‒ and later super-charged by computers.

Alfred Winslow Jones ‒ a sociologist and journalist, credited with founding the first hedge fund ‒ advocated surfing the market’s mood swings in the pages of Fortune, where he worked in the 1940s. At around the same time, commodities trader Richard Donchian was pioneering diversified trend-following strategies based on five- and twenty-day moving-average crossovers. In 1949, he founded Futures Inc, the first public managed futures fund.

Michael Adam, David Harding, and Martin Lueck, for example, used computers to analyze historical price data in the 1980s, introducing empirical rigor to the testing of investment signals that the loose taxonomic practices of the early technical analysts lacked. David Harding would go on to champion this approach to pattern recognition at Winton, building a large team of researchers who apply the scientific method to investing. The analysis of price patterns has evolved since it was used to trade rice derivatives in 18th century Japan. Few serious investment firms today have technical analysis at their core. There is, however, a thriving segment of the investment management industry that applies advanced technology and statistical techniques to test hypotheses about how markets behave.

Should we pair your ideas with macro trends?

Market breadth involves measuring the number or percentage of stocks in a sector or index that are participating in a trend. Market breadth indicators are typically based on the price data of the stocks in the group. For example, the Advance-Decline Line is calculated using the number of stocks in the group that increased in price (“advancers”) vs. the number that decreased in price (“decliners”). The Net New 52-Week Highs indicator measures the difference between the percentage of stocks making new 52-week highs and those making new 52-week lows. Popular market breadth indicators include the Advance/Decline line, McClellan Oscillator, McClellan’s Summation index, along with studying Percentage of SPX issues trading above their respective 20, 50, and 200-day moving averages Source: Winton Group, Ltd. 2022 A History of Technical Analysis | Winton

How reliable are technicals and why?

Technical analysis often can help investors identify trends before fundamentals or macro trends have begun to take hold. When combining technical trends with macro trends, one can often have added confidence that one is investing with a certain trend as it gets underway. It’s thought that if Technical trends align with fundamental and/or Macro trends then investors can have added conviction that non-technical tools are helping to confirm what technical Analysis might be suggesting. However, one must always be on the lookout for times when these trends start to diverge. This can provide an early warning for potential reversal of trend.

What is the preferred timeframe to analyze and monitor stocks daily?

Technical analysis can be utilized on many different timeframes to suit investors risk tolerance and investment timeframes. Daytraders for example might choose to analyze assets on a 1 or 5 minute chart, which might afford the opportunity to initiate or exit trades quickly on a sudden short-term change of trend. Meanwhile, position or swing traders might consider hourly or Daily analysis. These can alert investors if a multi-day or week trend might be changing. Finally, long-term investors often don’t care as much about short-term changes in trend, but are primarily focused on long-term trends. Many long-term investors care only if long-term trends are beginning to weaken, or strengthen which might give advance notice about a weekly or monthly trend beginning to gradually change. For these kinds of investors, utilizing monthly charts might make sense which cover a lengthy multi-year timeframe. Overall, one should seek to utilize one, or all various timeframes to help understand how they all fit together and any preference should be based on one’s own individual timeframe.