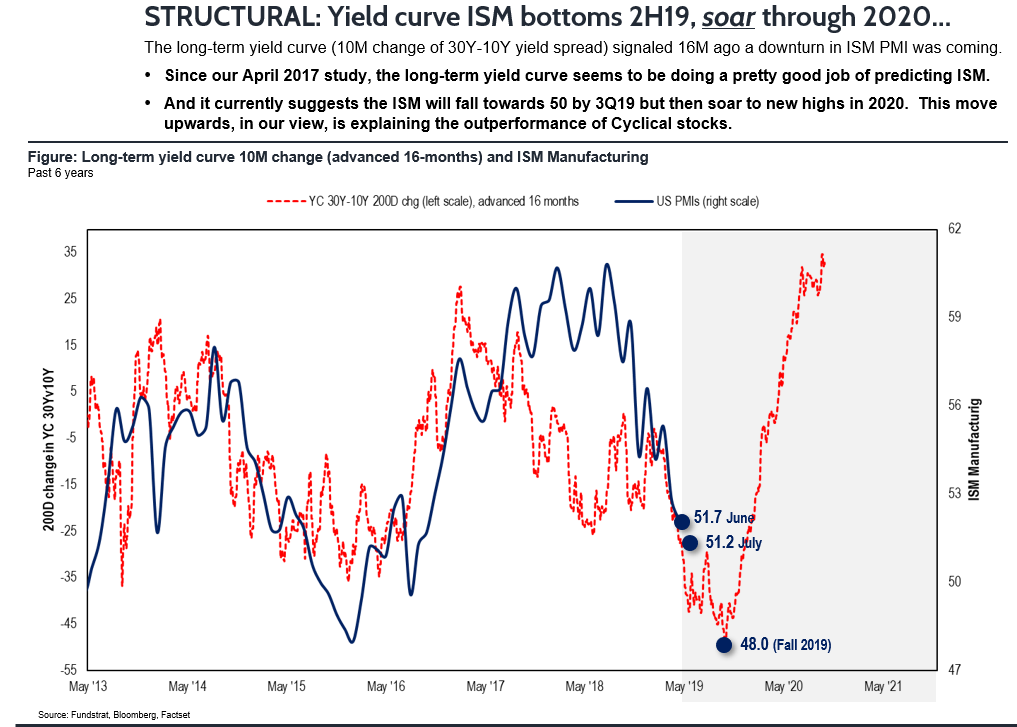 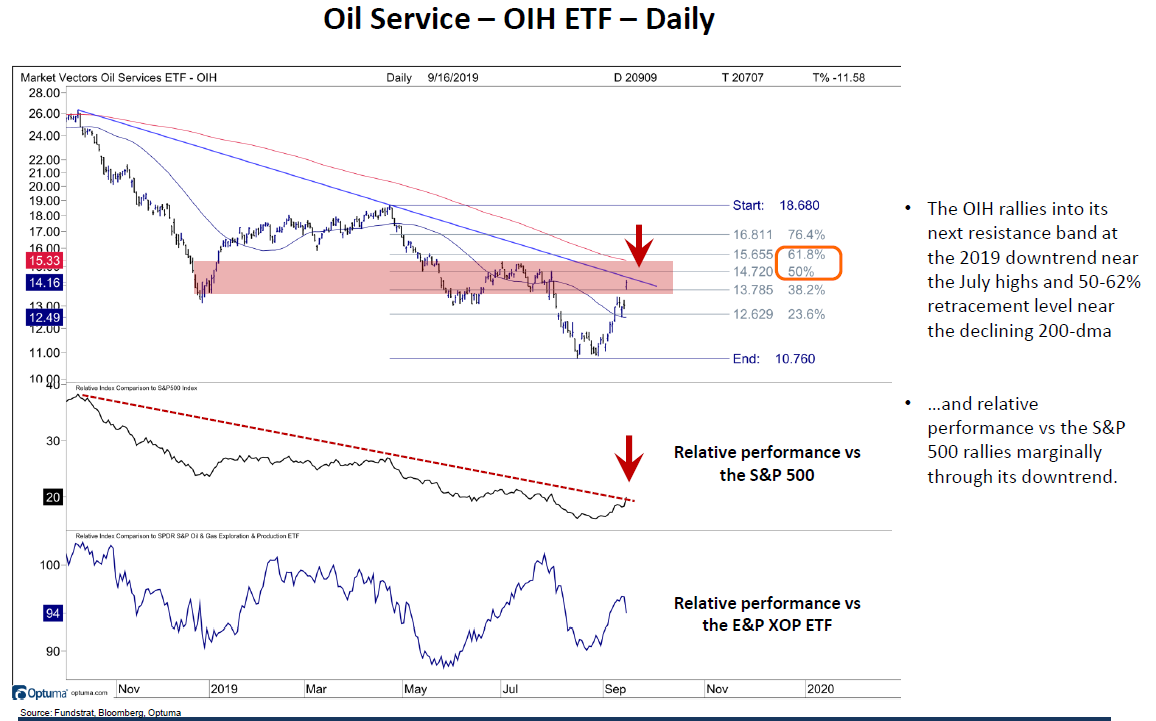 The OIH rallies into its next resistance band at the 2019 downtrend near the July highs. 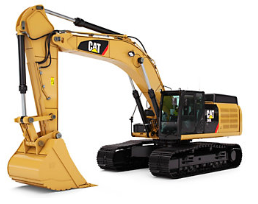 CAT Has More Lives; Shares Could Make a Comeback

-Stock Near 52-week low; investors hate it but that’s the opportunity -Rebounding global growth in 2020 should expand P/E, boost shares sharply -Lower interest rates and weak USD a potential tailwind Caterpillar is the poster child for companies damaged by the new tariff regime introduced by President Donald Trump. It’s the whipping boy for investors worried by slowing global growth. In other words, trade good but tariffs bad for CAT. According to FactSet, companies which get 50% of sales outside the U.S.—like CAT—are underperforming the Standard & Poor’s 500 index, on concerns in the market about the impact of the stronger U.S. dollar, slower global economic growth, and trade tensions. Clearly, CAT is just not a much-liked stock right now.  And that always gets me interested. The stock is down 6% this year, to $120 per share, and 30% from the $171 high in January, 2018. That poor performance accelerated after CAT reported flat and disappointing second quarter earnings July 24. EPS for the first six months was $6.14 compared to $5.65 in the year ago period. Perhaps most importantly to investors was that this giant and global maker of construction, mining and energy machinery (with $55 billion in sales last year) guided to the lower end of its previous 2019 EPS guidance of $12.06 to $13.06 in 2019 EPS. It earned $10.26 last year. The Deerfield, Ill., company said the tough economic climate isn’t expected to abate.  The shares are not too far off the 52-week low of $112. For the bears, the end would appear to be near. I’m not going to paper over the difficulties CAT finds itself in. Sales growth has dropped almost steadily, from up 9% last January to up 4% in July. Asia (China in particular) is a sore spot, where sales—almost ¼ of total revenue—were down 8% in the second quarter vs the year ago. The stronger dollar has been a headwind. According to a recent Deutsche Bank report, dealer inventories are headed toward relatively high levels, about $6.7 billion.  So there’s a lot of gloom to go around. Why do I like the stock here? Ironically, a bullish call on CAT is less a dive into all the issues on the table and more a view that, contrary to the market stance, world economies, the U.S. in particular, will recover and not go into recession next year. My logic is that the stock is down because investors are worried about growth. Consequently, the price/earnings ratio has contracted (more on this below). However, if you believe, as I do, that the U.S. and global economy is actually going to surprise on the upside, CAT, as that cyclical poster child, just might be one of the biggest beneficiaries of a surprising improvement in global growth. This would translate into an expanded CAT P/E ratio as investors anticipate a turnaround in the direction of its results. I base my optimistic view of growth on a study we did of the relationship between the closely watched manufacturing report from the Institute of Supply Management (ISM) and the yield spread between the U.S. Treasury 30-year bond and the 10-year, now about 50 basis points. Since May 2013, ISM changes have lagged in the yield curve spread by about 16 months. Currently, this relationship suggests the ISM will fall towards about 50 in 3Q19 before soaring to new highs in 2020. (See chart nearby.)  Cyclicals, like CAT, should outperform. CAT shares trade at a P/E of 10 times, significantly lower than its own long term 16 times to 18 times P/E average, and the 17 times P/E that peers and the market are awarded.  It would seem, then, that the drop discounts much of the problems that currently face the company but doesn’t give credit for a potential rebound, nor even for things the company would do to combat slower growth. Moreover, given the drop in the P/E, a huge ISM rebound isn’t required to get the stock going.  Thanks to the P/E contraction, all it will take is a turn in growth prospects and the stock will respond even before the improvement appears in CAT’s quarterly results. Our technical strategist, Robert Sluymer, believes that CAT shares are retesting an important technical support band between $115-120, where it bounced last October. This band also defines the upper-end of CAT’s 2011-2014 trading range. For long-term contrarian investors, CAT is at an attractive long-term support level. The U.S. dollar could also turn into a tailwind from a headwind as interest rates continue to drop in the U.S., which tends to pressure the greenback.  And for those investors who like dividends, there’s plenty to like about CAT, a company that consistently raises its dividend in good times and bad; has a relatively low payout ratio still, under 30%; and 7% dividend growth. The stock yield is 3.4%. If our call on cyclicals is correct, then CAT will be among the most obvious beneficiaries. Where could I be wrong?  I am making a macro call that eventually U.S. and global growth will pick up. If it doesn’t, CAT shares could underperform, and the shares continue to dribble downward. Bottom Line:  An improvement in global growth would drive the shares sharply higher. This CAT has more lives. Follow Up Faithful readers might remember that a few weeks ago (July 10) we sang the praises of WW International, formerly Weight Watchers.  We said that there are early signs WW shows of turning things around. Last Tuesday, WW reported second quarter earnings that handily beat expectations. At $29.50, the stock is up over 33% since our report. There’s plenty more room to rise.