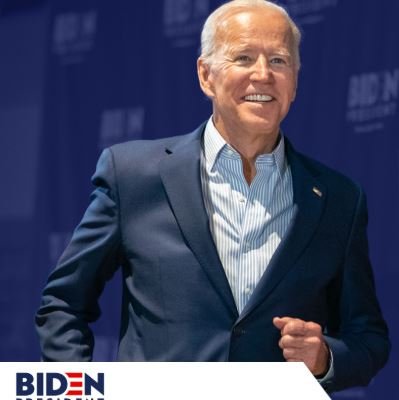 A big political turnaround last week. It has been a defining week in the Democratic primaries, with four key moderates (Minnesota Senator Amy Klobuchar, former Indianapolis mayor Pete Buttigieg, Beto O’Rourke, and, after Tuesday, Michael Bloomberg) all backing former Vice-President Biden. Supporters of the three who dropped out before Tuesday’s vote seemed to rally behind Biden.

Surprisingly when Massachusetts Senator Elizabeth Warren left the campaign on Thursday she failed to endorse Vermont Senator Bernie Sanders, who seemed like her closest political ally in the progressive wing of the party. Sanders appears isolated on the left wing of the party, and is again the outsider trying to get in, a similar role to his revolutionary campaign of 2016.

Hillary Clinton supporters blame bitter Sanders’s supporters who didn’t vote in 2016 as contributing to her loss, and Democrats will be on their guard this year to try and bring a conclusion to the campaign that has the party as united as possible. The selection of a veep candidate could play a role in this process. It seems likely that both Biden and Sanders would choose a woman as a running mate after all the female candidates failed to make the final cut.

Tuesday brings six more primaries with Michigan and its 125 delegates the biggest prize. Furthermore, as Michigan has become a key swing state, a primary victory there strengthens the winner’s story that he is the best candidate to defeat President Donald Trump.

The Congress and White House moved quickly to pass the $8 billion funding bill for fighting the coronavirus outbreak. The President’s initial proposal for $2.5 billion was quickly replaced with a bipartisan agreement for the higher level. However, the bill only provides assistance for immediate medical needs ranging from testing kits to aid to local health authorities as they staff up to face the crisis. The legislation contains money for accelerated research but, as the medical experts have cautioned, that is 12 to 18 months away under the most optimistic forecasts.

The bill does nothing to help communities and businesses that could be hard hit by the spread of the disease as Americans cut back activities from travel to eating out. There are already some discussions of a broader stimulus bill, but deciding how money is distributed, picking winners and loser, and keeping it out of politics in an election year will be a challenge. However, a stimulus bill aimed at the crisis could be in the tens if not hundreds of billions of dollars and potentially be a boost to markets.