Iowa Primary Could Winnow Democratic Field; SOTU Up Next 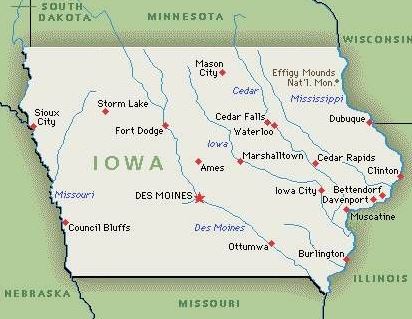 While the coronavirus grabs all the headlines, it’s going to be a big week for politics and policy, and it will pay for investors to pay attention.

Next week has two events that are the opening of the 2020 election year: first votes cast in the Iowa Caucuses and the President’s State of the Union address.

On Monday, Feb. 3, Democratic voters in Iowa will vote in the primary. At this point there seem to be up to five candidates: former vice-president Joseph Biden, Senator Bernie Sanders, Senator Elizabeth Warren, Pete Buttigieg, and Senator Amy Klobuchar grouped at the top.

What I will be looking for? First, is the showdown between Sanders and Warren to be the candidate of the progressive wing of the party. All polling appears to indicate that Sanders has gained momentum and is well ahead of Warren. If he handily defeats her it is hard to see where her campaign goes from there.

Second is a test for Biden to see if he is indeed on his way to the nomination. While he doesn’t need to win he does needs a strong showing. Thirdly, do Buttigieg and Klobuchar have a chance to stay competitive in the race should Biden falter. Both have a lot on the line and a high finish would energize their campaign as the candidates move on to New Hampshire.

State of the Union

In all likelihood by Tuesday night President Donald Trump will go before a joint session of Congress cleared of the impeachment indictment. The question is: Will he gloat or try to be presidential and talk of his accomplishment, lay out some issues for the coming year and address the nation on the coronavirus.

There is apparently a push in the White House by his aides try to get the President to talk about what he has done, suggest more tax cuts and lower prescription drug prices, and have some calming words on the coronavirus outbreak. It seems like “Mission Impossible” to stop the President from some gratuitous comments when he sees his Democratic prosecution team sitting in front of him.

The coronavirus could be a defining moment for the President as it provides both the opportunity to be seen as the national leadership at a critical time, but it also runs the risk of showing the side of the President where he can seem incapable of empathy or able to articulate a complex issue.