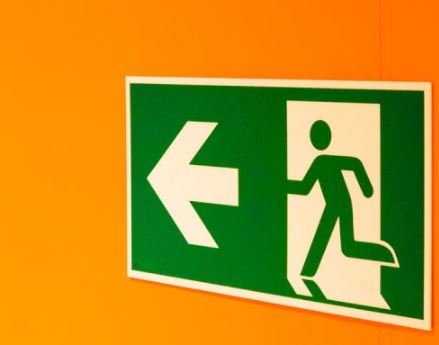 I asked for a sanity check last week since the S&P 500 index was selling at a 16 P/E and Treasuries at over a 100 P/E but the response was simple panic. Indeed, in the frenzied and sharply downward trading last week in reaction to the spread of coronavirus, or COVID-19, it seems the market sees the cure as worse than the disease.

That is, it appears increasingly possible that the volatile lurching in financial markets could drive the US economy into a recession, a self-fulfilling prophecy. The market has digested a lot of negative news in the past week, leaving little room for a sanity check.

So the disruption is becoming tangible in the US. and “price discovery” remains non-existent in equities. By that, I mean the market is so uncertain that stock prices are moving in unison on one or two simple macro factors, with high correlations to each other, instead of on their own corporate merits.

Markets have become deeply pessimistic because the “cure” for the pandemic seems worse than the disease. Social distancing, limiting movement, managing intercity and international movements look to be disruptive. Already, industries linked to travel and entertainment, among others, are suffering.

The financial markets volatility is worsening an already weak liquidity environment. Italy has now taken drastic measures to curtail movement. What remains unknown is the ultimate path and level of spread in the US, which has a case count ~1,300 and growing. The paths seen by Iran and even Europe are very similar but Italy seems to be accelerating at a pace that makes this the worst case scenario. This is the reason many investors say the US is two weeks behind Italy.

Despite the panic, rationality is required, and the best way to compare COVID-19 spread between countries, in my view, is to look at cases per 1 million population. Among the fastest spreads have been Italy, Iran and South Korea which saw 85-152 cases per 1 million within two weeks after passing the US milestone (1.4 cases, or 100 times increase in two weeks). This particular measure implies the U.S. could see 50,000 cases by the end of March. (See chart above.)

However, this is only one potential path and if cases peak towards the end of the month (Italy seems the exception), this should result in a turning point for the equity markets. This was the case with China, Hong Kong, South Korea and even Japan, so that’s the “bright side” of an adverse case.

I will also point out that the countries with the highest number of cases have the lowest level of toilet hygiene (measured as “percent of people washing hands after using toilet, as China and South Korea are among the worst). Perhaps this could be differentiating national experiences. The U.S. is in the middle on this metric.

Currently, the US has about 1.5 cases per 1 million pop, about the same as Canada. Both nations have reported their first case 40 days ago. This is curious, as it suggests both countries are tracking similarly in terms of disease outbreak. Yet, the US is only testing 5 people per 1 million Pops vs Canada at 222. In a sense, while we expect the cases in US to grow sharply in coming weeks (and no doubt there are many undiagnosed cases), perhaps the path does not have to follow Italy or Iran. The market bottom in the Asia equity markets (vs MSCI) all coincided with the peak in Corona COVID reported cases. (See chart above.) This is why the Street is so fixated on the “case count” in the US and Europe.

In the meantime, stocks remain relentless oversold by many metrics. Some 75% of cumulative 10-day volume is down, an event that has happened only four times since 1990. Just 1.6% of industries are up month over month, something not seen since December 24, 2018 and before that, January 21, 2016.

Those times turned out to both be good times to be long. Finally, another positive development last week was the yield curve fixed itself and is no longer “inverted” from 1 month forward.

What could go wrong? COVID-19 could indeed morph into a more dangerous disease, changing the risk profile and the required response of markets. The good news is China’s cases seem to have peaked and are falling. Moreover, US policy makers and central bankers are ready to take necessary action.

BOTTOM LINE: Price discovery remains non-existent as investors view fundamentals as uncertain. In our view, the panic by US households and markets, while disruptive, is likely to limit the spread of COVID-19. Case peak remains key bogey for markets at the moment.

Figure: Comparative matrix of risk/reward drivers in 2020
Per FS Insight