Message From A Representative of the Silent Bullish Majority

I recently had lunch with a good friend and former J.P. Morgan colleague and among the many things we chatted about was that we agreed that it somehow seems many more “parties” are cheering for economic gloom/recession. Moreover, this has come up in more than a few conversations with our clients and investors. I don’t have to tell you that the media is heavy with economic gloom. Just glance at any major newspaper or website. My conclusion is that the following “interested parties” benefit from a U.S. recession and rising economic gloom: – Short sellers (obvious) – Democratic candidates because the economy is a BIG swing factor – Trump haters (more broadly) – Bond holders (falling rates = massive upside to bond prices) – China (cause Trump to fold) – Media (turmoil and bad news sells baby!) – Europe (because of schadenfreude) – Private equity funds with large cash positions Consequently, the public’s interest on the “inverted yield curve” and on “recession” is rising. It’s actually a ballistic surge in focus. I think the best way to appreciate the “over sensitivity” to recession risk is to just look at Google search volumes today compared to the prior recession. As the chart below shows: – “Inverted yield curve” searches are four times the intensity compared to Dec 2005, which was 2 years before equity markets peaked. – Back in 2005-2008, the search for “recession” did not even surface until January 2008. – So “recession” fears did not surface until a full 25 months after searches for yield curve inversion peaked. – By contrast, both “inverted yield curve” and “recession” are going ballistic now. Source: FS Insight, Google Yet the crucial point is that the initial 10-year-2-year yield curve inversion is almost solely due to Federal Reserve’s forcing the front end higher, as happened four out of five times since 1976. As the central bank raises the Fed funds rate, this causes the short end of the yield curve to rise faster than the long end. The result: we get an inversion. In other words, the yield curve is not some magic “divining rod.” Historically, it has inverted because the central bank wants that, to slow an overheated economy. The exception to this was 1998, where ‘risk-off’ trades caused a plunge in the 10Y. Sound familiar? If you bought the S&P 500 on the date of that inversion, even after some tumult, you realized a 40% gain! Granted, I realize that China trade tensions could be a major structural risk. The ongoing U.S.-China trade tension is in some ways akin to the nuclear arms race, with its deterrent of mutually assured destruction. Perhaps this is contributing to what I perceive to be to be hyper-sensitivity to recession risk. But this assumes that both US and China intend to self-annihilate, which seems illogical to me. Losing a trade war will not help Trump’s 2020 prospects. China’s leadership can afford this war, as long as its citizens are united and not facing major suffering. Can a recession be self-fulfilling? Yes, but this would be an exception, not the rule. The business cycle is based on confidence, and primarily a function of the ability for businesses to make a profit. – The leading economic indicators (LEI) hit a new all-time high last week. – US Corporates are not slashing guidance – US consumer confidence remains strong – High yield bonds appear ready to make all-time highs. This is bullish for the S&P 500 index Source: FS Insight, Bloomberg The fact that S&P 500 index is at August lows strikes me as showing equities are victims of: (i) slow Labor Day week; (ii) most liquid thing to see (easier than other instruments) and (iii) easiest victim of “recession” boogeyman. I think time will prove this August consolidation is a setup for major equity rally in 2H19. Figure: Comparative matrix of risk/reward drivers in 2019 Per FS Insight Figure: FS Insight Portfolio Strategy Summary – Relative to S&P 500 ** Performance is calculated since strategy introduction, 1/10/2019 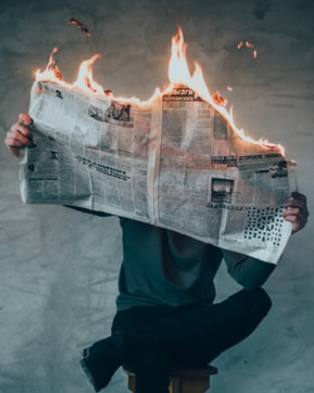