-Since our report ran 12 months ago WW’s stock has sharply outperformed the market -COVID-19 is accelerating WW move to digital subscriptions, which could help margins As US economy recovers, if subscribers continue to rise; WW stock could rise 30%-40% A year has passed since I wrote about WW International (WW), formerly Weight Watchers (A... 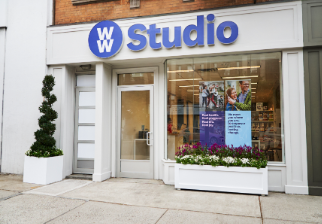 Shares of WW International, formerly Weight Watchers (WW) have been battered for some time now, even after accounting for a 25% rise from lows recently. It’s a value stock. No, don’t leave. Stay with me here. I realize that currently most investors would prefer a hot poker in the eye to a value stock. I get it. Nevertheless, WW’s stock could offer a healthy (sorry had to say it) return if things continue to improve as they have lately. In Wall Streetese WW looks to have more upside than downside. Why is the stock not liked? It’s viewed by some as an oldfashioned “diet” company, when these days people lose weight with apps, DYI websites, and electronic wrist devices. The latest popular method is the Ketogenic diet, effectively yet another low-carb diet. To me it seems like just another fad, whereas WW has stood the test of time. The shorts are all over WW, with 10 million of the 67 million shares old short. They are comparing WW to Kodak. The analyst at JP Morgan, previously a big fan, “threw in the towel” on WW back in January, moving it to “Neutral” rating from a “Buy.” Indeed, of the 14 brokerage analysts who follow it, only 2 have Buy ratings. That kind of lopsided sentiment makes me take notice. When Wall Street leans hard one way on a stock, if it is wrong—and the herd often is—it takes time for the consensus to notice changes and the return to investors can be handsome. With volatile moves up and down, the stock is down about 12% since the end of 2014 while the market is up about 45%. Midcaps are up 34%. What should interest investors is the early signs WW shows of turning things around. In the first quarter, revenue was $363 million, a bit shy of expectations of $366, but the loss of 16 cents per share was much better than expectations of 26 cents in red ink. WW is focusing on wellness solutions as well as weight management, and the company raised its EPS guidance to $1.35-$1.55 from prior view of $1.25-$1.50. The stock jumped 20% in response but has given much of that back. Part of WW’s renaissance has to do with its’ recent move from just a “diet” to a wellness company, hence the WW moniker. If management can continue increasing member recruitment and retention—up 22% last year—the stock can continue to recover. Is there room for a company that asks you to come to meetings and weigh yourself? There’s one thing right with the latter: studies have shown it works. Earlier this year, the U.S. News & World Report found that out of 41 diets evaluated, WW’s was ranked first in “Best Weight Loss” and in “Best Commercial Diet Plans.” It ranked second as “Easiest Diet to Follow.” Additionally, studies over time have shown that meeting attendance is the strongest predictor of weight loss compared to other methods. Apps just can’t compete with the personal interaction that comes with a meetings plan. It’s true that meeting fee per attendance has been declining for a while but digital revenue is growing substantially, up 36% in 2018. Unfortunately, obesity is a worldwide problem and getting worse. According to the Centers for Disease Control and Prevention, estimates over 36% of US adults are obese. No state has an obesity rate below 20%. That trend continues to rise and around the world the combined global prevalence of obesity and overweight people could exceed 40% of the total by 2030, the World Health Organization says. WW stock doesn’t look expensive compared to the industry or its own history. Again, this is a value stock, and, moreover, improvement will take time. According to Zacks Investment Research, which ranks it a Strong Buy, the P/E ratio of 12 compares to 16 for the industry. That’s a nice discount, and a 12 handle can’t be called rich. The median P/E is about 14 to 16. The price to earnings growth ratio, or PEG, is 0.98, versus an industry average PEG of 1.31 (See table). Next year analysts expect EPS of $1.89, a 24% rise from 2019 and more like the growth clocked in 2016-18. Source: Zacks The technical picture looks good, too, according to our very own head of technical strategy, Robert Sluymer. After declining over 80% from its $105 highs to lows near $17, WW is showing early signs of bottoming, around $22 in March. WW is in a $17- $24 trading range, and been building positively since, with higher lows in place, an early indication of a new uptrend developing. Then there is the possible catalyst by the name of Oprah Winfrey, who owns an 8% stake in WW and gave the stock a big lift back in 2015 when she originally bought shares. Her deal with Apple TV Plus streaming, with a full rollout in the fall to 100 countries, has gotten WW bulls excited. Right now, there’s not much to talk about, but as she herself noted, “I’m joining forces with Apple. They’re in a billion pockets, y’all.” The potential here, and admittedly it’s just that, could be impressive. Of course, the stock isn’t perfect, hence the value. There is some debt: $1.7 billion, down from $2.4 billion a few years ago, thanks to strong cash flow. Net of cash, it’s levered about 4.5 times EBITDA, according to Bloomberg Intelligence. As cash flow grows, WW can continue to reduce leverage. Bottom Line: And if the stock begins to move, a nice little short squeeze could add fuel to the fire