Cyclicals, Si! Defensives, No. Look Under the Hood

What’s the most important technical event taking place in U.S. capital markets today? Sure, new all-time highs would be a reasonable first guess, but it’s actually the sector rotation under the hood, so to speak, that has the potential to have the biggest impact to portfolios through H2. Why? First, US 10-year Treasury note yields are showing very early evidence of bottoming after declining from their Q4 2018 highs at 3.25%. And since bond prices move inversely to yields, that suggests evidence of price top. And lately, defensive sectors, notably utilities and staples, have already begun to underperform after peaking in relative terms in May. The chart below illustrates the longer-term relative performance trend between US cyclical sector and US defensive sectors. From a technical perspective, the pullback in Q2 was a healthy, normal pause, in longer-term uptrend. My technical work confirms Tom Lee’s fundamental view encouraging investors to favor more cyclical sectors, such as financials and industrials in the second half. The single most important technical shift taking hold at the sector level currently continues to be the risk that bond proxies, like those utilities and consumer staples, begin to underperform. US 10-year yields are showing increasing evidence of bottoming after falling from their 4Q18 high. Now they are just above 2%. Meanwhile, utilities have been underperforming since beginning of the July. My recommendation is to incrementally reduce exposure to more defensive sectors, such as utilities. MSCI Cyclical vs Defensive Sectors (MXCXDRN Index) While defensive sectors are slowly weakening after temporary risk-off rebounds in Q219, more cyclical sectors have yet to confirm a technical improvement yet. My expectation remains that industrial and financial sectors will outperform in 2H19, but they have yet to offset the index impact from the leading technology and consumer discretionary sectors. I’ll come back to this in future reports. 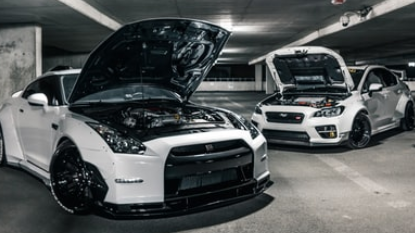