Tweet, Rinse, Repeat. At this point, almost three years into President Donald Trump’s term, if Twitter hadn’t been invented, you have to wonder how the stock market would get its “real” news. If Twitter’s (TWTR) stock was valued purely on the President’s tweets alone instead of profitability, no doubt it would be much higher. Once again—and if you’re sick of this raise your hand but there’s little anyone can do for you—President Trump single-handedly pushed the stock market up, particularly Friday with a tweet about “Good things are happening” at the China talks, which reopened last week. “All would like to see something significant happen!” Well, duh. The strength of the rally tells me the market smells a deal. Any deal, a deal that has a lot of hair on it, but a deal nonetheless. Even if Trump comes out with an agreement that isn’t very improved from the previous situation, I think the stock market will rally short term, if only because that particular tweeting worry will go away. It might even rally hard. For more on that see Tom Lee’s view on page 3. Contrary to what Trump—who faces a reelection challenge soon—has maintained, he needs a deal much more than does a totalitarian government in China. My working assumption—always subject to new information—is that Trump ultimately caves in and the Chinese give him something to save face, a tactic at which it is quite good at. Anyway, the early part of the week looked bleak for equities, as stocks dropped on news that the U.S. added 28 Chinese entities to an export blacklist, citing their role in the country’s suppression of Muslim minorities. Nevertheless, it was one of those turn-on-a-dime weeks often seen in markets and the dime was Wednesday. While the Standard & Poor’s index gained 0.90% on the week, it rose 3% from Tuesday’s lows. Indeed, stocks were already in a better mood before Trump’s Friday tweet, as hopes were rising for some kind of deal or good news. Anything! Then too, the Brexit fiasco looked a little less chaotic. As stocks went up, investors shed safer assets like government bonds, the Japanese yen and gold. For more see page 8. And for good measure, the Federal Reserve joined the party, saying Friday that it will begin buying Treasury bills on Tuesday–$60 billion initially—to boost its balance sheet and avoid a recurrence of the unexpected strains experienced in money markets last month. It will buy until the second quarter next year. Why it had to say this Friday is any conspiracist’s guess. Maybe the Fed was worried about a failed trade deal? Perhaps not. But with a FOMC meeting coming in a few weeks, certainly the central bank could have waited. This move had been foreshadowed publicly more than once by Fed Chairman Jerome Powell and he explained that it wasn’t to be considered Quantitative Easing, but a technical reason to increase its balance sheet. Well, OK. Says Mark Grant, chief global strategist for B. Riley FBR, in a report Friday: “This is the Fed’s first foray into buying bills and should change the shape of the yield curve and end the suggestion that the yield curve is signaling some sort of imminent recession.” The market’s late week swagger was braced by data Friday showing U.S. consumer sentiment rose in early October, a counter to recent signs U.S. manufacturing is weak. Next week, third quarter earnings reports will be added to the mix of influences on the market, as the reporting season kicks off in earnest. According to FactSet, for Q3 2019, the estimated earnings decline for the S&P 500 is -4.1%, which, if confirmed, would mark the first time the index has reported three straight quarters of year-over-year earnings declines since Q4 2015- Q2 2016. Additionally, the 3Q expectation was only -0.6% back on June 30, so EPS projections have been taken down. In terms of sentiment, things look bullish and in keeping with a view that the market should begin to rally. Bespoke Investment Group notes that the most recent weekly sentiment survey from the American Association of Individual Investors (AAII) continued to give contrarian bullish signals. AAII’s reading on bullish sentiment continued to slide this week, dropping to 20.31%, taking out the lows from the Q4 2018 sell-off and the lowest level since 5/26/16. That places it in just the second percentile of all readings since 1987, Bespoke notes. Bullish sentiment is more than one standard deviation below its historical average. Bearish sentiment is also at an extreme relative to its historical average (one standard deviation above). By the way, the market will soon be entering the November-April period, which throughout history has proven to be the better half of the year. Quote of the Week: From Bloomberg: U.S., China Said to Reach Partial Deal, Could Set Up Trade Truce. Uh-huh. Questions? Contact Vito J. Racanelli at vito. racanelli@fsinsight. com or 212 293 7137. Or go to 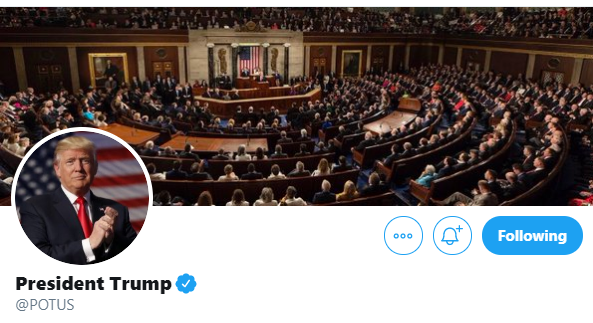