– Market Slices 25% from AAN Market Cap After 3Q Results Miss; Mostly Undeserved – Unique Customer Base; Steady and Solid EPS Growth History; High Barriers to Entry -AAN Stock Looks Cheap in a Broad Market Setting New Highs Nearly Every Day The rent-to-own segment is a small and somewhat dark corner of Wall Street.  The industry, which allows credit-challenged individuals to lease and eventually own furniture, appliances and jewelry, among other small ticket items, regularly attracts negative press and regulatory action. In terms of public relations, the industry is viewed as one slippery rung above payday lenders and pawn shops. While there’s a negative—and undeserved—taint, if investors look at the long term returns of Aaron’s (AAN), for example, they’ll find a mid-cap stock ($3.9 billion) that has consistently beaten the benchmarks, its main competitor, Rent-A-Center (RCII), and the broader market over decades—and by a significant factor. Revenue and earnings tend to grow solidly and steadily, so sniff if you want, but AAN has been a winning stock for a long time.  Moreover, the fact remains that AAN provides an underserved low-income community, a sizeable demographic in the U.S. as you’ll see below, with an ability to purchase items they mightn’t be able to otherwise. That has value.  The objection is that the interest rates charged can total 35% and higher.  If customers instead saved their pennies over time, they would be able to eventually buy the item at a much cheaper total cost.  But some folks don’t wish to wait so long, and they might have little or no other way to purchase the items they want.  According to AAN, about 40% or more of the U.S. population is considered to have a subprime FICO score. See nearby chart. The higher interest rates make up for higher loan losses and charge-offs, for example, seen in the rent to own industry, about twice and three times credit card and bank charge offs, because customers have significantly lower credit scores.  Recently, Aaron’s stock took a big hit for missing third quarter earnings consensus estimates and lowering guidance. Source: Aaron’s On November 4, Aaron’s posted results that it called “challenging,” not something the market likes to hear. In just a matter of days the company lost a quarter of its market value, falling to around $58 a share from $78.  While the quarter disappointed, investors should note that this has happened before and the stock eventually went on to new highs.  Aaron’s reported third quarter revenue of $964 million and adjusted EPS of 73 cents, which excludes restructuring and other items. (GAAP EPS was 58c vs 62c). Though it was better than the year ago period, results missed consensus of about $975 million and 82 cents EPS.  AAN also lowered its own expectation for 2019 EPS by 10c-15c to a range of $3.75-$3.85, and revenue guidance by $55 million to $3.9 billion to $4 billion. Is that miss worth 25% of the company’s value, wiping out nearly all of its gains over the past 12 months? Probably not. Given its strong and steady growth history, this presents a potential opportunity for an investor to get into AAN at a level that’s cheap compared to its own history, at a time when the market is hitting high after high. Keith Goddard, a savvy money manager and CEO of Capital Advisors in Tulsa, OK, points out AAN has more than a half-century track record with a unique competitive advantage serving the growing credit challenged demographic. Over time it has built considerable knowledge, with a data base and expertise (valuable intangible assets) that have created relatively stable sales and earnings growth through up and down economic cycles. Capital Advisors added AAN to its Managed Equity Growth Buy List at $61 per share. Source: Aaron’s Aaron’s has two divisions primarily:  Aaron’s, with 1,500 mainly company owned stores in the U.S. and Canada, and Progressive Leasing. A knock on the company is that the Aaron’s segment, a little less than half of total sales, is a problem child. In the third quarter, division sales fell 3% to $426 million, mainly due to store count reductions, and same-store sales were down 2.9%.  Goddard notes that management has been de-emphasizing this segment by re-purchasing franchises (helping raise brand value), closing underperforming stores and re-investing cash flow into Progressive. Progressive, on the other hand, is the jewel, larger, with higher-profit-margins and faster growing.  It partners with other U.S. retailers, such as Best Buy (BBY), allowing the latter to serve a new and big demographic and to increase foot traffic, through the use of Progressive’s data and approach.  In the third quarter, Progressive segment revenue rose 20%, earnings before taxes 30%, and customers 18%, to 953,000. Its momentum is strengthening. The limited Best Buy trial earlier this year has expanded to many dozens of BBY stores. Progressive recently announced new trials with Lowes (LOW).  If BBY sees continued success with this, it’s likely other retailers will join up. Aaron’s also has a countercyclical element to its business, given the clientele it serves. In a recession—which isn’t our house view—when banks and credit card companies tighten terms, some of these customers move into Aaron’s target market. The stock now trades at a price/earnings (P/E) ratio of less than 13 times analyst consensus expectations of $4.49 in 2020, less than its own historical average P/E of 16-18 times. With high barriers to entry and customer data difficult to replicate, AAN’s average ROE of 12% over the past 12 years, including the Great Recession, shouldn’t be a surprise. The stock could rise 20% if and when Aaron’s is able to leave the third quarter miss in the rearview mirror and a resumption of the steady eddy growth could lead the stock to surpass the old high eventually. Where could I be wrong:  Another quarterly miss would likely increase investor concerns in the near term.  Bottom Line:  Long term, however, AAN should be able to right size its Aaron’s division while expanding its profitable Progressive division to more and more retailers. 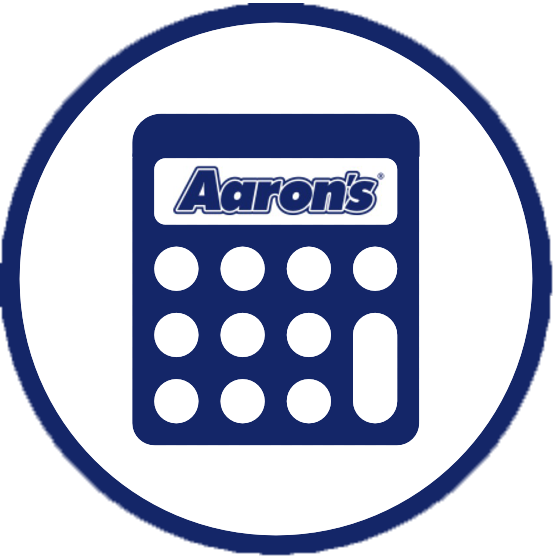