Few folks like the number 13. For reasons that go back into the mists of time, 13 is considered unlucky, though few people know why. Nevertheless continuing in my tradition of being a contrarian—we are dating this issue on the 13th of July—I’ve got 13 new stock names that could outperform in the second half of 2019. As I’ve noted before, I’m bullish on the next six months. More on this below. Employing seasonality is a tactical approach to picking stocks, but no less potentially remunerative for it. I’ve identified eight potentially outperforming industries to watch in the second half of 2019. The methodology is straightforward: I calculated the average returns of all GICS 4 sub-industries since 1990 and then identified eight sub-industries that had the best outperformance during the June 30-Dec. 31 periods of each year. The list of eight are: internet and direct marketing retail; home improvement retail; footwear; internet services and infrastructure; household products; data processcing and outsourced services; investment banking and brokerage; and finally railrods. Commonality among the first five would seem to be that they are consumer facing, and with interest rates low, consumers might have more money in their pockets to spend. For example, footwear seems timely with the inevitable back-to-school sales and outdoor summer activities, while home related groups could benefit from home sales in the fall with mortgage rates so low. Previously, I published two groups of seasonal stock lists for 1Q19 and 2Q19 at the start of the year and at the end of Q1, respectively. Seven of eight 1Q19 seasonal subindustries identified outperformed the market, but there was less success in 2Q19, when only three outperformed. Like any approach, seasonality has its limitations, but I believe that was mainly due to the “unseasonal” escalation of trade tension. Drilling down I identified 13 stocks—yes 13—among the membership of those eight groups that are also topped ranked (first quintile) by the Doctor Quant Model. Nearby, I present the tickers of those stocks that were added and those removed, for a net new group of 13. I think these newly added stocks should outperform in the July-December period. As for the board market outlook, investors know there are many bear case ideas out there: it’s late in the cycle; the inverted yield curve, Brexit and falling global PMIs, among others. But from a macro perspective I can’t point out enough that there are two oracles telling investors they should be bullish in the 2H19, despite all the negativity. Source: FS Insight, Bloomberg, Factset I believe the stock market in 2019 will look a lot like 2009. First, last fall’s waterfall decline. Following previous 20% declines in 60 days the market is up an average 31% in 12 months. When high-yield bonds have a negative year, as occurred in 2018, stocks average 27% gain in the next 12 months. Last but by no means least: Obviously, don’t fight the Federal Reserve Board, which is expected to reduce rates at the end of this month. After past Fed rate cuts during a nonrecessionary period, 100% of the time equities rally afterward, an average of 13%. What could go wrong? The biggest risk is a correlation event, such as a market meltdown driven by policy error. In addition, risk-on trades driven by a dovish Fed could continue relative outperformance of high beta/momentum trades, which could weigh on thematic performance, such as seasonality. Bottom line: My base case is 2020 EPS of $184, a 17 P/E and YE target of 3125 on the Standard & Poor’s 500 index. I expect P/E expansion in 2H19, so 3125 is probably too low and 3,200-3,300 might be more appropriate. The 2019 strong gains so far argue our mid-cycle view more correct than “late in cycle” consensus. Figure: Comparative matrix of risk/reward drivers in 2019 Per FS insight Figure: FS Insight Portfolio Strategy Summary – Relative to S&P 500 ** Performance is calculated since strategy introduction, 1/10/2019 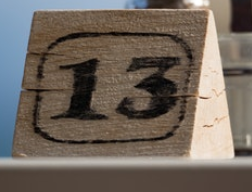