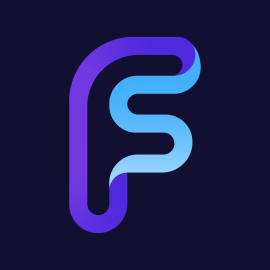 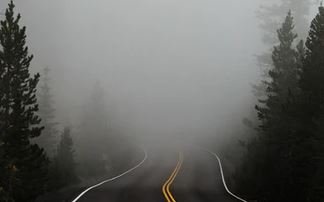 Having lived through three bad bear markets, I thought I’d seen everything. But the rapid demise of stock prices in this one is nothing short of astounding. These are historic times.

There are two things investors are afraid of, both of which remain hard to handicap, the extent of the coronavirus spread and the eventual knock on economic effects. The S&P 500 index is down over 29% since the Feb. 19 high of 3386.

What’s been baffling is that there are incipient signs the COVID-19 virus is coming under control in many of the hardest hit places.  As I’ve noted before, China, where the virus originated, is already showing lower infection and death rates, as is South Korea.  While you won’t see that in the screaming headlines, there are some who think the pandemic will slow. For example, Israeli Nobel Laureate Michael Levitt said recently that “the end of the pandemic is near.”

Now increasing talk like that should stabilize the stock market—eventually. However, and this is a big however, there’s been significant damage to the investor psyche—no matter how obvious it becomes that the pandemic is over—and that could go on for a while. That is worrying short term.

Investors should look dispassionately at the market, but that is hard to do and at times like these when often sentiment wins out.  There’s an old Wall Street saying about bear markets, “When you should be buying, you won’t.”  I’m convinced that in the three to five-year time frame this is a buying opportunity, but the fear factor is too high for many to overcome. And that’s understandable.

I believe the coronavirus scare, though serious, has been overhyped and that in a few month’s time we will all be wondering why the market took it so badly. That doesn’t mean the broad market will recover and old high of 3386 on the SPX certainly looks a long way off now.

Unfortunately, the knock effects—again something I’ve written about previously—have already become a self-fulfilling prophecy in the oil market, where crude prices have plunged to $25 per barrel from over $60 a few months ago, on fears of a glut and lower energy consumption globally. While that might help consumers, it won’t help an already beaten up oil sector or their creditors, or employment levels. That will begin to affect the industries that sell to oil companies and car companies, and so on and so on, until the economy as a whole is hurt. Not to sound callous but stock prices probably reflect a declining profit growth much more than coronavirus itself, even though the latter started the whole thing rolling downhill.

The market just wants it all to stop and no one knows when that’s going to happen. There could be a negative wealth effect. People have lost gobs of money in their stock accounts and 401ks.  That hurts and could put a damper on consumer activity for a while, particularly if the market doesn’t stabilize. The bears are piling on as for the first time in many years—for most of them—their predictions have come true.

The market is desperately trying to estimate what this means for the global and U.S. economic growth, as well as profits. Here again there’s little data that can be said definitive, particularly as the outbreak hasn’t completely finished.

The estimates vary widely. Goldman Sachs, the investment bank, for example said Monday that its U.S. GDP growth forecast for the 1H20 was reduced to zero, with a decline of 5.0% for the second quarter. Ian Shepherdson, chief economist at Pantheon Macroeconomics, in a note to clients on Monday night said a 10% drop in possible in 2Q20 after a 2% drop in 1Q20. Ouch.

Others, however, don’t see it that bad. For example, The Wall Street Journal recently reported that its monthly economists’ survey expects, on average, gross domestic product to contract to 0.1% in 2Q vs a previous projection of 1.9%. They see growth of 1.2% this year, down from 1.9% Annual growth was 2.3% in 2019.

Just for comparison, Bespoke Investment Group says 5% declines are rare.  Since 1950, there have only been six prior quarters where GDP declined by 5% or more with the most recent being back in December 2008. Moreover, all those six quarters contractions of 5% or more were either immediately preceded or followed by another quarter of negative growth averaging a decline of over 2%.

It’s difficult to estimate what this means for EPS of the SPX in 2020. It will likely be lower than the $163 last year. But how much lower?  Guidance is coming down and that will continue. One silver lining is that smart managements will take the opportunity to kitchen sink any and all corporate problems into 1Q and 2Q EPS, corona related or not. But I’m getting ahead of myself.

Given the over 30% drop, it seems to me the market has already discounted a terrible 2020 earnings. History suggests a permanent 30% drop in EPS isn’t rationale. Likely, institution al investors are already looking at 2021 EPS.

If COVID-19 continues to be a serious pandemic with a long trajectory then here are some stocks whose businesses I think could outperform in terms of EPS and perhaps their stock prices as well. They run from healthcare to videogames. (See chart nearby.)  (The writer currently owns GILD shares.)

Where I could be wrong:  The coronavirus spread is unpredictable and its mortality rate could worsen appreciably. It could take much longer than expected to be contained.

Bottom Line:  The stock market has taken a hammer blow and it will stabilize when coronavirus cases peak and when we have a clearer idea of 2020-21 SPX EPS.

Adjusting to a Post-FTX World

Amidst a Backdrop of Other Developments, Powell’s Comments Spark a Good Week for Equities

The inflation crisis of 2022 made investors focus solely on danger, not opportunity. Powell signaling time to look at latter. YE rally to be fueled by Tech + Small-caps + High P/E + Heavily Shorted

Copyright © 2022 FS Insight LLC. All rights reserved. No part of this material may be reprinted, sold or redistributed without the prior written consent of FS Insight LLC.