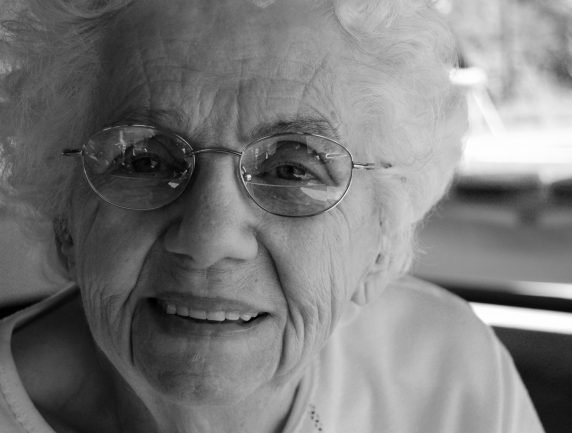 If you’re one of those investors who watches the news 24/7, hoping to stay ahead of the next Trump tweet, stop here. Read further if you’re interested in a couple of stocks that have the potential to rise independently of what President Trump tweets, a trade deal, or even the direction of interest rates. We’re going to talk fundamentals here, no national emotions or global politics.

Long-lived investment themes are a good place to start looking for stocks, and one that’s been written about in these pages before is how to play the Millennial generation. Let’s go to the other end of the population curve: seniors. They too have lots of needs, and it’s a growing population cohort globally.

Supplying seniors is a trend of the same quality as cyber security, a relentless need, argues Peter Andersen, the founder of Andersen Capital Management. As folks around the world live longer, this will create demand for more medical devices, particularly vision and hearing aids. These are products and services that are relatively inelastic and not dependent on economic conditions. From a health care perspective, eyesight and hearing are low lying fruit, he says.

Let’s consider vision. Unfortunately, many of you reading this will develop cataracts. Some 50% of folks over 80 will develop this vision problem, and surgery is the only way to remove them. Annually, roughly 5 million Americans undergo this surgery, making it the most common in the U.S. Worldwide, there are about 10 million performed.

Eyepoint (EYPT) is a small cap company specializing in sustained-release drug delivery to treat various eye diseases and chronic conditions, and has 6 FDA approvals for such treatments, such as post cataract surgery care (DEXYCU, dexamethasone intraocular suspension 9%), among others.

For example, EYPT’s products replace the patients’ need for 100 eye drops to a single, tiny time-release implant administered during the surgery, to prevent post-surgical inflammation and other complications.  This same technology is used to administer therapies for various sight-threatening eye diseases. EYPT’s patents don’t expire until 2034, giving the company plenty of time to capture a large market share. Shares of mega-cap pharma healthcare companies continually move on “patent cliff” worries.

Andersen estimates that every 1% market share in U.S. cataract surgery market bolsters annual revenue $30 million and every 1% capture in the eye disease market adds another $8 million to the EYPT top line. Given its latest 12-month revenue was $12 million, a 1% market gain in both segments would triple revenue. And, trade wars and impeachment have little or no impact on EYPT’s fundamentals. Strong growth is possible, says Andersen.

Sonova Holding (ADR: SONVY, $45) “is a pure play on hearing in the age of Alexa,” and technologically it’s way ahead, Andersen says. One of the largest manufacturers and distributors of hearing aids, the Swiss-based firm distributes its product in more than 90 countries and also sells cochlear implants. The other big competitor is Demant (ADR: WILYY), a Danish company whose shares are controlled by a charitable trust. Each has roughly 20% of the world hearing aid market.

SONVY focuses on higher end devices, with strong sales and distribution channels. It  trades at a price/earnings (P/E) of about 26 times 2020 estimated EPS, a fair valuation given the potential long term. It’s not apples to apples, but when  Hershey’s trades at 27 P/E for about 2% sales growth, the choice seems stark. Demant, which grows similarly but isn’t a pure play, is smaller and majority controlled by a trust, trades at 20 times.

In the financial year ended March 31, 2019, Sonova’s second-half results showed material sequential improvement, largely due to a successful launch of its Marvel platform, according to a Morningstar report. Sonova benefits from an aging population, increasing noise pollution, fairly low penetration rates for hearing aids in the developed world, and “virtually untapped” patient populations in emerging markets, the report said. Its broad product offerings should allow the company to capitalize on these trends, while its strong brand and superior technological know-how should yield market share gains, Morningstar wrote.

Where could I be wrong:  EYPT is a small ($235 million market cap) and still unprofitable company that isn’t widely followed on Wall Street and faces bigger competition in some product areas.  It has a limited history and relatively new products. As a $2.44 stock, many institutions can’t own it and it can be volatile.  The much bigger Sonova, $14.5 billion market cap, faces lots of well-armed rivals and has to spend significantly on R&D to keep up.  The competition is heating up at the bottom end of the device market.

Bottom Line:  Both EYPT and SONVY offer strong long-term growth potential thanks to favorable demographic tailwinds. I believe the shares, much less affected by the volatile macro concerns that seem to dominate equity markets in 2019, could give significantly better than market returns over the next few years.