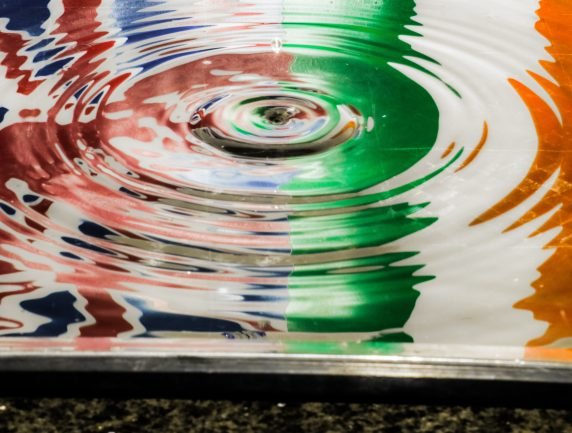 Tuesday’s announcement by Facebook (FB) that it is developing Libra, a new crypto currency, could, in hindsight, could come to be seen as an inflection point for crypto currencies, and a real disruptor to fiat money.

It’s been clear that technology would eventually target financial services for disruption given the sheer opportunity, roughly some $8 trillion.  Libra, a crypto currency project, is supported by 100 major partners, and there are multiple implications, as I note below.

What then is Libra? It’s a new global money similar to Bitcoin, but Libra is intended to be sent instantly, with almost no fees, anywhere in the world.  Also unlike Bitcoin, Libra is aimed to have a stable value, backed up by a basket of international currencies. A Swiss nonprofit will be responsible for the final design and for putting the system in place.

Next year, any company should be able to accept the coin and build wallets that will let people hold and spend it, as with Bitcoin. Facebook intends to offer Libra to almost all the 2.7 billion customers now on Facebook Messenger and WhatsApp services.  Facebook hopes its partners, such as Uber and Spotify, will also take Libra as payment, as they do with PayPal and Venmo today.

Every time someone buys Libra, that money will be deposited into a bank account where it will sit untouched, so that every dollar’s or euro’s worth of Libra will be backed by a dollar or euro in the bank, according to the Libra design documents. This means an infinite number of Libra can be generated, in contrast to Bitcoin, capped at 21 million coins. If you want to turn Libra back into dollars or other traditional currencies, Facebook’s wallet, Calibra, will make the conversion at the going rate, and transfer the money to another bank or online financial account like PayPal.

So here are the key takeaways of Libra for investors, as I see them:

1 The project validates crypto-currencies as mainstream services, and effectively crushes the argument that “blockchain makes sense but not bitcoin.” Here is validation that crypto-currency, albeit a stable coin, is going to see widespread usage and adoption in the future.

2 The real “juice” of this project is to disrupt banking services, but there is a some money to be made running the network itself.  Facebook should collect $25 per user annually while currently banks earn about $800-$1,000 per customer globally.  Thus, replicating a financial services platform is a 32X the market sizing for Facebook.  Libra validators could earn 50% annually if circulation reaches $50 billion.

Who are the winners? Bitcoin itself is, as well as fintech payment processors and other technology companies, which have now opened the Pandora’s box of targeting financial services.  This is positive, in our view, for Square (SQ) as well.

Losers: The market for stable coins is likely to weaken, to an extent, because Libra is a stable coin.  While it is not currently exchangeable for Bitcoin or other pairs, no doubt, either a synthetic or actual Libra will be exchangeable. According to data by Researchly, there are 26-plus stable coins.  The only ones that survive are ones that anyone will use, probably Tether (USDT) and Libra.  Everything else will likely be subscale.  This also raises questions about the usefulness of XRP and Stellar.

The Libra coin is a stable coin backed by a basket of currencies and short term debt securities.  The security of the blockchain is Byzantine Fault Tolerance—the same used by Hedera, Neo and Ontology.  It is not “proof of work” like Bitcoin.